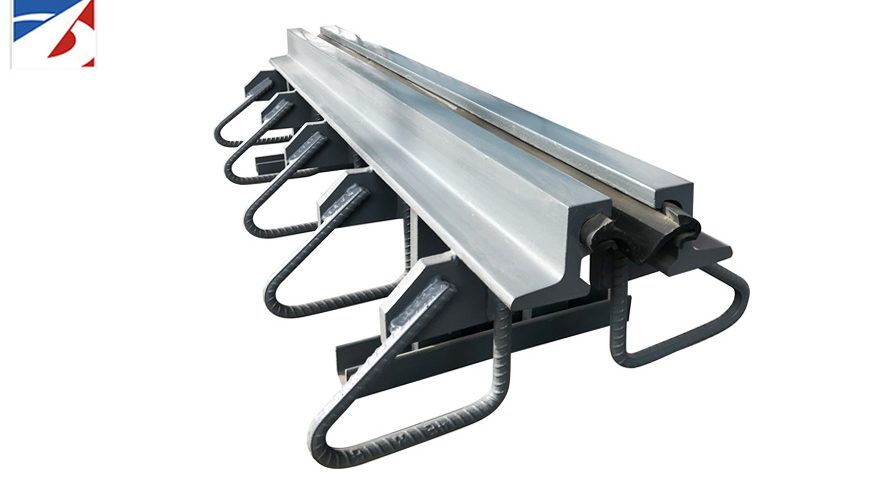 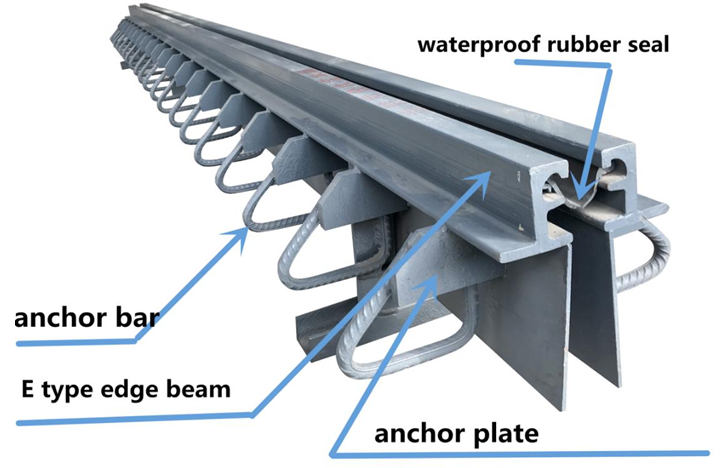 Edgebeam is made of hot rolled structural steel confirms to the grade of ASTM A709 Grade 50 or S355 or other equivalence.

The edge beams are rigidly connected to the main structure by anchors directly welded to the edge beams. The traffic loads transferred from edge beam to anchorages then to substructure. The anchorages are embedded in high strength mortar to assure the maximum resistance of traffic load.

Typically, anchorage is anchor stud, anchor plate, anchor bar or the combinations of them, all of which confirm to ASTM A709 Grade 36 unless otherwise noted. The combination of anchor plate and anchor loop is used for very high traffic volumes.

Selection of different anchorages mainly depends on the design traffic load and limitations of block-out dimensions. If there is a skew (angle α) between the centerline of carriageway and the centerline of the joint, the anchors shall be arranged after calculations along the skew angle.