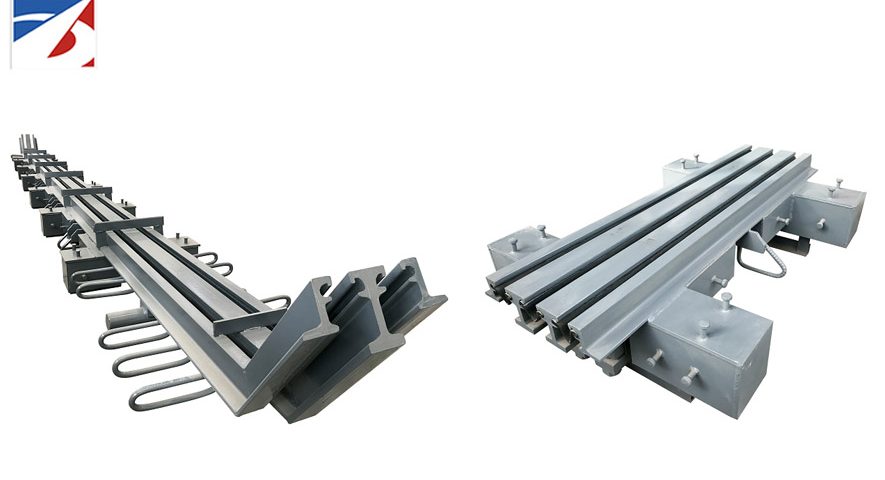 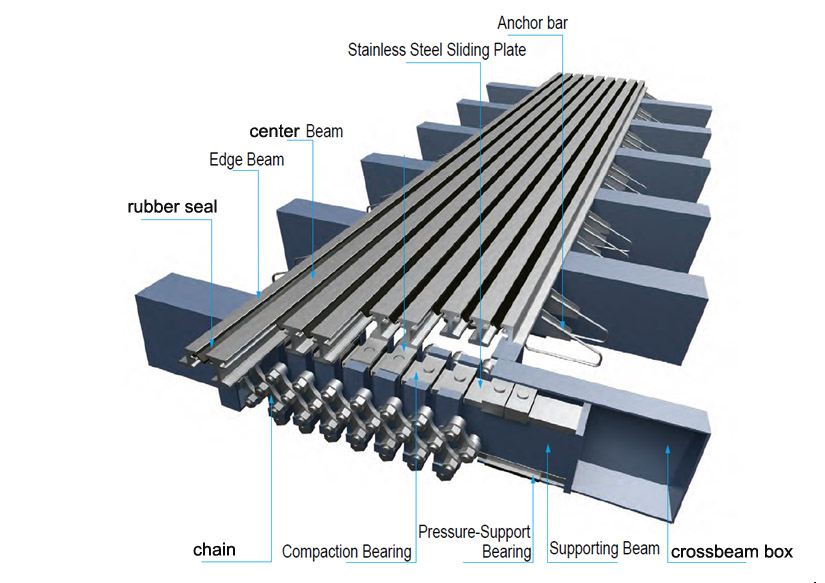 In general, modular expansion joints include the following components:

The edge beam carries the vertical and horizontal traffic loads and transfers the loads into the main structures such as abutment and bridge. Further, it supports the seal.

The pantograph support acts as a crossbeam with a variable length by rotation of its parts. Further it acts as a control element for the centre beams.

The crossbeam box supports the crossbeams and ensures by its stiffness that the forces applied by the prestress elements are not susceptible to variation due to moving end supports surfaces.

A seal functions as a barrier for the surface water to ensure the watertightness, it is flexible in all directions and does not carry the traffic loads.

The bearing transfers the (traffic) loads from the centre beam to the crossbeam and/or to the main structure. The bearing can be fixed or sliding, in all cases it enables rotations. Rotations can cause reaction moments from deformation or friction in curved sliding surfaces.

A prestress element prevents uplift of the centre beam to crossbeam connection and/or uplift in the crossbeam to main structure connection. A prestress element can be fixed or sliding and always has to allow rotations. Rotations can cause reaction moments from deformation or friction in curved sliding surfaces.

Control elements ensure that the centre beams are at approximately equal distances at the various opening positions of the modular joints.

Anchors ensure the connection of the expansion joint to the main structures.

Surface elements reducing the noise of traffic on the joint.

In order to fulfil the traceability requirements, each modular expansion joint of BAOLI will be clearly identified, e.g. with a label, comprising the following information: